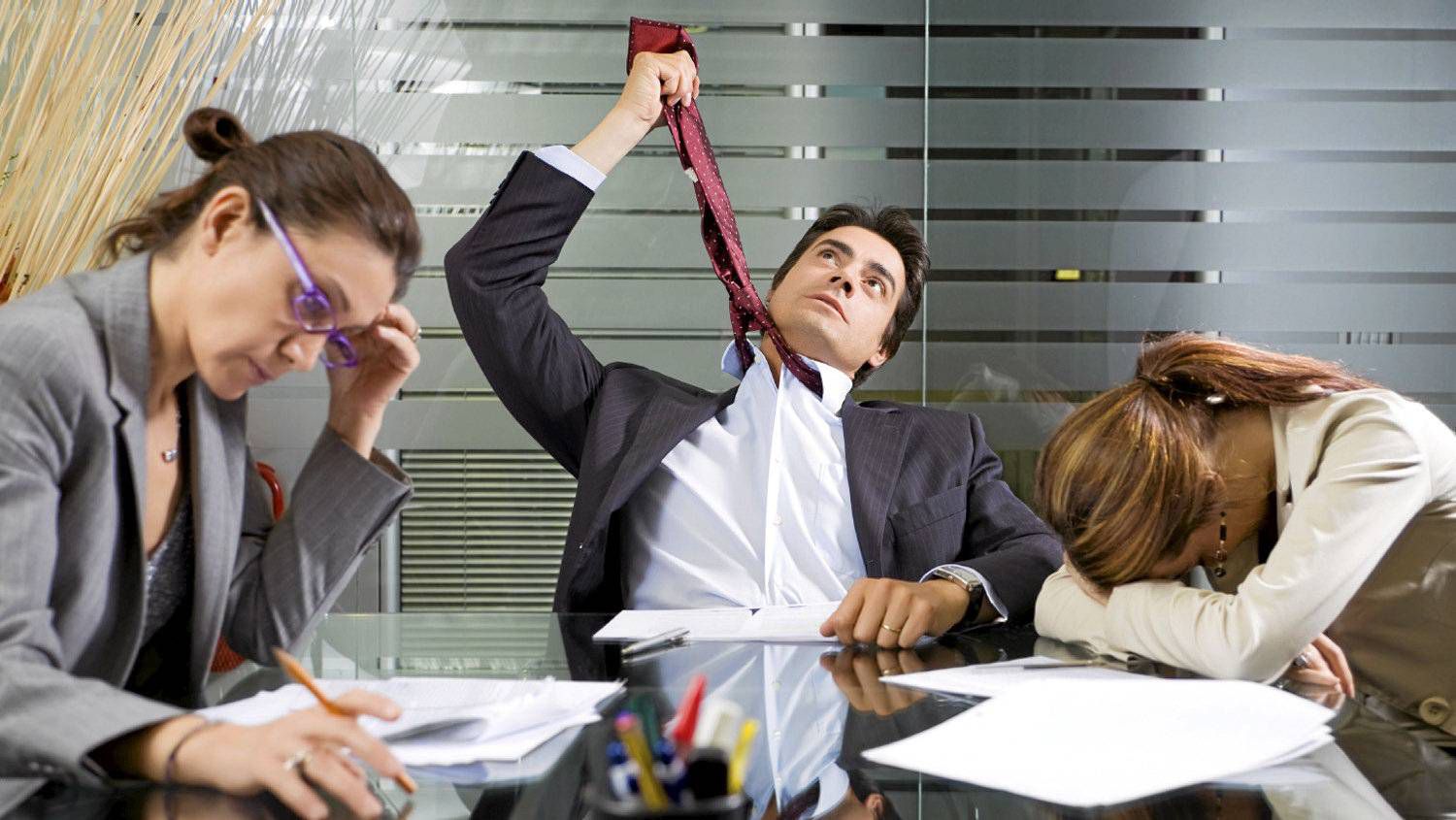 In this segment, the topic is adoption and culture. Specifically, relative to enterprise business transformation, how do we increase the probability of adoption. And what does culture have to do with it?

Let’s dive in. I’ll start by defining some terms and go from there.

I discuss transformation in another segment, so for the purpose of this piece, just consider transformation a paradigmatic change from one way of doing business to another. This is not some zephyr of change. It’s a hurricane. It’s destructive. In the end, many of the old ways of doing business—Of thinking about the business, will be relics of the past.

In economics, Joseph Schumpeter coined a phrase, Creative Destruction, which is a concept that might be appropriated for us. This is the destruction that left behind wagon wheels and ice delivery in favour of automobiles and home refrigerators. It’s the destruction that left Blockbuster in the wake of Netflix. It’s butterflies from caterpillars, instead of faster caterpillars.

Transformation isn’t just any change. It’s significant change, not just some tweaks at the margins.

Adoption is getting people to buy into the transformation you’ve got planned and are creating. But it can’t happen unless people use it. Let’s dig deeper into Adoption in a few minutes.

Culture is the character and personality of your organisation. It’s what makes your business unique and is the sum of its values, traditions, beliefs, interactions, behaviours, and attitudes.

Culture creates a disposition. It can be inclusive, or exclusive. It can be grease. An energy that lubricates your business to eliminate friction. Or it can be glue. Something that keeps everything fixed in its place. All corporate cultures fall somewhere on this spectrum.

Without delving too deeply into organisational behaviour theory, culture embodies the formal expectations, rules, norms, and behaviours, as well as informal adaptations of these. It’s not uncommon to have a formal policy that shuns siloes but then have a very siloed organisation. If you recognise this, and make eliminating siloes a key transformation goal, then you need to do more than rearrange the deck chairs. You can restructure your organisation, and that will help to some degree. But you need to foster this change by creating an atmosphere of trust and security.

Siloes are in place for many reasons. Some are intentional. They may even be a regulatory requirement. I worked with a client in the payer-provider space. They were both a payer of insurance, and a provider of healthcare services—hospitals and clinics. It’s considered to be a conflict of interest to share patient information between payer and provider, so siloes were constructed. Each side of the house had their own network infrastructure, their own data repositories, their own functional units. This arrangement imposed a challenge on having an amicable culture. To be completely transparent—and please excuse the political sidebar—,it was set up with a separate but equal mindset. Except, as these policies have a history of operating, one side was the favoured child; the other was the proverbial red-headed stepchild.

And it doesn’t end there. I worked with a major technology company that had seen something like 5 CEOs in the most recent 10-year span. This company was in the business of creating siloes. As I see it, it they could have monetised the siloes, it might have been a more lucrative business model. Many companies have this problem to varying extents. But, in general, siloes are not good for business. At least, they’re not good for the customer experience—or even the employee experience—because they create friction, a topic I discuss in another segment.

So, culture creates an atmosphere of sharing or of hording, of risk taking, or of risk aversion, of innovation or of stagnation, of workplace democracy or of fiefdoms, and so on. It should be obvious that a stagnating siloed organisation is not one conducive to transformation, or even to marginal changes. So there needs to be a plan with activities to till the soil so you can cultivate the bountiful crop you envision.

By now, you should have noticed the connection between culture and adoption—how culture can make or break your transformation efforts.

Adoption requires communication. To garner adoption, you need to start early. And to start communicating at the same time as the strategy is being developed is not too soon.

It’s often said that people just don’t like change. But this isn’t correct. People welcome change all the time. They even seek change. What people fear is the unknown.

With any large scale transformation many people will be affected. And although people comprise the culture, they remain individuals. And these people need to receive the message. One of the first things that needs to be conveyed is What’s in it for me? W.I.I.F.M.

Transformation requires transparency. People want to know what is happening, why it’s happening, how will it be different, and how this difference will be better. And as we’ve said, what’s in it for me?

This is a good start, but this message needs to be tailored by level in the organisation and by role. Communication needs to address the needs of the varying cohorts. The reality is that transformation creates winners and losers. It changes the rules of the game—at least some of them—, some more than others.

Some people will be winners and gain new experiences and challenges. And some people will become extraneous in the transformed business. People understand this intuitively, so some will sabotage any transformation effort they perceive to marginalise them. Some of this reaction is founded and some imagined. But for the sake of adoption, it has a real effect.

So, communicate. Create a cadence and a communication plan, and adhere to it. And make sure it’s appropriately targeted and relevant. People can see through vapid handwaving.

As you are assessing the personnel landscape, identify champions, advocates, detractors, and influencers. Identify early adopters, followers, laggards, and intransigents—and manage them appropriately. If an advocate is also an influencer, you’ve got an ally you should be leveraging. But if you’ve got an influential detractor, you’d better determine quickly whether this person needs to be converted, marginalised, or neutralised. Stay on top of this. Get ahead of it. Manage it. You don’t need this getting out of hand. Keep in mind that the best laid plans can still go awry.

I shouldn’t have to be saying this, but adoption is more than training—much more. I can’t count the number of times managers and executives don’t seem to understand why their plan isn’t being adopted. And they tell me, ‘We’ve trained these people on the new system or process and even refreshed the training a few months later, but they are still resisting’. Of course, training is necessary and helps, but it’s not typically enough.

Part of the reason for communication is purely informational. Another part is socialisation—acculturation. The motive is to soften the blow—to make the other side of the transformation feel familiar. In a best-case scenario, some of the people have had their voice heard. They’ve conveyed their hopes and fears, and you’ve addressed them. Not everyone will have bought in, but this is a crucial step.

Most people want to know how they fit into the larger picture. Besides, this helps to build a sense of community. This is culture.

It helps when the people want the change you are seeking. You’ve either convinced them, or you are finally paying heed to what they’ve been clamouring for all along.

One of my favourite adoption stories is from a large banking organisation based in North America. Allow me to correct that lead-in. This is a non-adoption story. Apologies in advance for some more CIO-bashing.

We got a call from the office of the CIO. This company had spent beaucoup bucks on an AEM. implementation—Adobe Experience Manager: software, licensing, implementation, and training. The works. But no one was using it. It’s not a great ROI if no one is using an application, as there’s no benefit to offset the costs. For those not in the know, AEM. is the gold standard for experience management. It’s a very rational course to take. So, let me paraphrase our conversation. I’ll start from the start with the CIO.

CIO: Hello. Consulting people? We just spent boatloads of cash on AEM, and no one is using it. Can you help?

Us: Marketing asked for it, and now they won’t use it?

CIO: No. They didn’t ask for it. We’re talking about AEM.

Us: So, no one actually wanted this? No one asked for it? We may have some ideas around why they aren’t using it. We can help. But a call 6 months ago—before you sunk that investment—would have been a better course to have taken. Cheers!

Close with a strong suit

This was in the context of an enterprise application, but the sentiment remains. And even if you are like this CIO and didn’t survey your employees in advance. At the very least, you need an adoption strategy. Don’t play from a weak hand. Get ahead of the game.