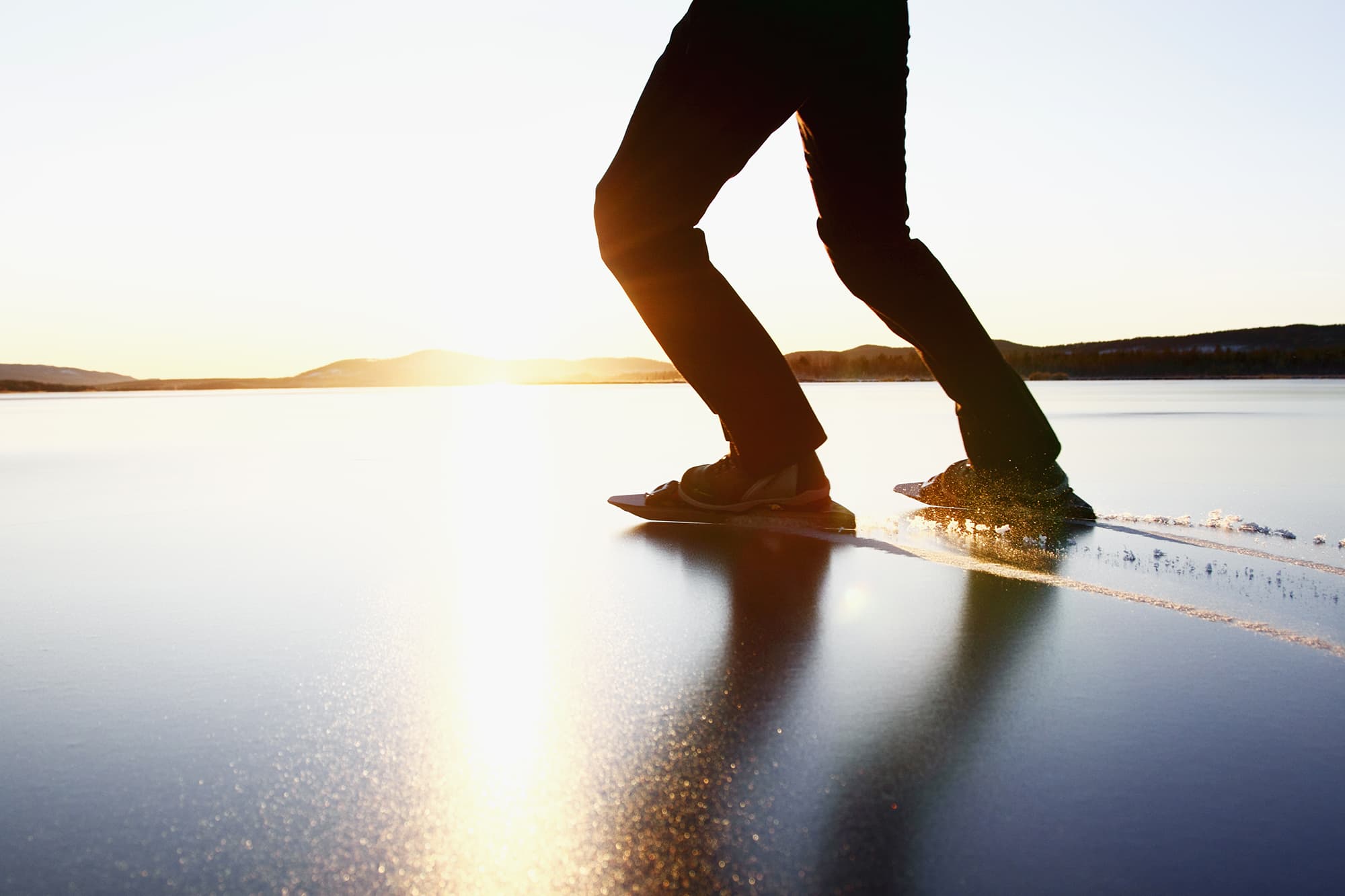 In this segment, I talk about friction. More to the point, the lack of friction. Frictionless. Because that’s the promise of digital. This segment may be more wonky than some others, so bear with me. It is meant to provide a grounding and should help you to understand the whys of enterprise business transformation.

And the term digital has so many meanings to different people that its communication value has been diluted as it has been subverted by those attempting to jump on the digital bandwagon. But before I abandon the term where I’ve focused my career the better part of the past decade, allow me a few moments of nostalgia. This might help to illuminate some of the reason for this dilution and confusion.

At its core, the word digital is meant to counter ‘analogue’. Where analogue represents a continuous signal, digital represents discrete binary renditions. At the start, digital was rather a reference to the underlying operations of a modern computer. Programs and operating systems were—and are—based on digital technology. To use the term in this sense—for example, a digital computer—is to be redundant. It’s akin to called a lightbulb an electric lightbulb or a car a motorcar. It used to add context to a descriptor. Now, it’s just unnecessary in this context.

From the perspective of process, digital—or more precisely, to digitise—defined the process of rendering analogue content—paper, film, audio recordings, and whatever—into digital media. These would now be converted, archived, and retrieved digitally. This might be considered Digital 1.0.

In the 1990s, the notion of a paperless office was all the rage, and much paper was migrated to digital media. As I prepare this segment, there is still plenty of paper in offices. We’ve aged a generation. but I guess progress isn’t as rapid as it’s made out to be.

Google Trends, which goes back to 2004, reveals a downward trend through to 2021, although with a slight spike in 2021. It appears that the 5 U.S. states with the most interest, from highest to lowest, were Oregon, New York, California, Texas, and Florida.

I’ll go out on a limb and say that this trend is not because of some massive wave of paperless offices, no longer searching because they’ve attained some paperless Nirvana. They’ve more likely just given up on the idea, or they figure they’ll give it another generation or two. Perhaps there will be a revival.

Indulge me for a few moments more to relate a story of a client company where I was working. This assignment saw me being transitioned into a role as a portfolio program manager overseeing the execution of the third year of their digital transformation journey. The program manager, who was ending his tour of duty, had established a meeting cadence. This was a weekly status meeting. I’d be introduced to the program managers, some product owners, and some project managers. There were a dozen-ish participants scheduled for the meeting as I recall. On the large table in the conference room, there were paper printouts of the status updates—a couple dozen stapled pages each—in colour no less.

As we had arrived in advance of the attendees, I questioned the rationale for all of the printouts. Why hadn’t they been emailed or pulled from some knowledge repository? Why couldn’t we just project the material onto a monitor? This was not in their culture, the equipment wasn’t particularly adequate for the necessary resolution, and other excuses I can’t recollect. To add insult to injury, as the attendees began appearing, some had printed their own annotated versions. Not pretty. And I wish I could say that this was an isolated incident, but I can’t.

Converting documents from analog to digital—digitising these documents—, was transformative, but the countereffect of the learning curve evaporated much of the potential. Whilst digitising was 1.0, digitalising was the world of 2.0.

Digitalisation is what modern business transformation is all about. As I mentioned at the top of the segment, the promise of digital, of enterprise transformation, is a frictionless environment. Let’s talk about that.

In this day and age, customer experience is everything. Business needs to focus on their customers. I am not going to spend time now parsing customers from clients from distributors to end-users. All of these are customers. They are all links in the chain, and we don’t want any weak links. And, since employee experience is also a link in the chain to customers, it needs to be addressed as well.

What I mean by frictionless is to say, that in a perfect world, customers would simply think of what they want and it would just appear. Clearly, this sense of frictionless is not even close to becoming reality. But how close can we get to it?

The goal of enterprise transformation is to optimise processes to such a point as there are no unnecessary impediments between the customer and their need being served.

Here’s another story. Two really. I engaged in a dialogue with someone who, upon hearing that an excellent customer experience should be frictionless, insisted that, and I quote, some friction is good because you don’t want to overload the call centre.

This response is telling. First, I’ll presume they work in a call centre, perhaps as a call centre manager. Second, and perhaps this should have been first, this is decidedly not a customer-centric solution. Without going too far down the rabbit hole. It should be obvious that the reason for having to call the support centre was the root cause that needed to be addressed.

The second story is another customer service opportunity. I created the strategy to digitalise customer service, to shift from a call centre-based solution to a self-serve solution.

Sounds simple, right? The response back to me was, “So we should make it more difficult for them to call?”

Clearly, no. This is why employees need to be acculturated to understand what it means to be customer centric. Can you imagine how that person would feel if that was the experience they encountered? Even the bible has a verse, ‘Treat others as you wish to be treated.’ It’s not that difficult.

Back to the topic at hand: removing friction.

Friction can manifest in several categories: people, process, or technology.

Process is always a prime candidate. Some processes are inefficient; they have unnecessary steps; they involve people unnecessarily; perhaps they are extraneous or there are redundancies. The promise of digital is to automate as much process as possible and to remove unnecessary touchpoints. Often, human approval is required for rubber-stamp items. Create business rules and escalation paths to minimise process friction.

Technology is the last suspect. This friction can come in the form of slow performance, poor user interfaces, poor computer to computer interfaces, disconnected systems, availability and up-time glitches, and so on.

This is not meant to be an exhaustive survey of possible frictions, but it should give you the general idea.

I’ll end this segment with another story, an insurance provider. This company was using a blend of sequel server and Oracle databases. Their claims approval department was using Microsoft Excel, Access, scripts, and batch files as the core of this mission-critical core of their business. To say this system was a MacGyver system would be too kind. Despite the high degree of government regulation and protocol, the system was slow and error-prone.

All of this is friction. Unnecessary friction. And this friction affects people who rely on efficient claims processing to cover their medical care. Or to have their claims denied. This is not the place to tolerate friction. And you shouldn’t tolerate it either.