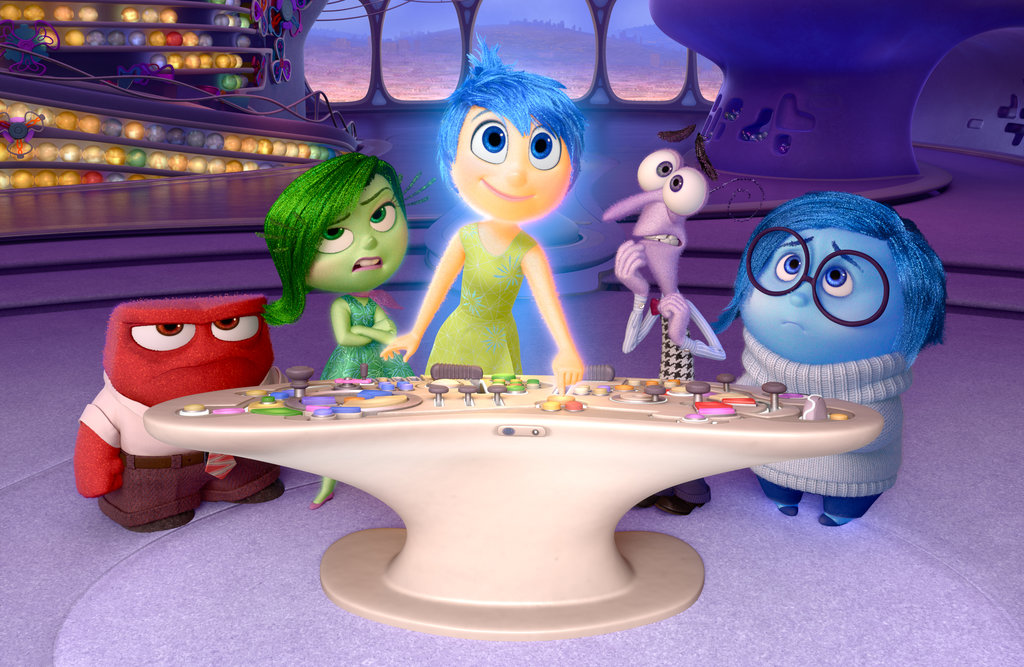 I enjoy being a consultant. Being an advisor.

We may all be familiar with the narrative of the child who dreams of being a ballerina, a fireman, an astronaut, a nurse, a cowboy, a celebrity, a fashion designer, or a president. And, for better and for worse, some of these dreams come true.

I was not one of these children. I had no such dreams or aspirations. I’ve always been the consummate postmodern. Well before I had any idea what that meant. I didn’t want to be any of these things. But, I did have an identity I’d constructed. Growing up, I was given many social cues. One of them was that people were either leaders or followers. Lead, follow, or get out of the way, is an expression I recall. My reaction was the same then as it is today. None of the above.

I wanted to be an advisor. I wasn’t even considering the commercial nature of the proposition, but I didn’t care to lead. And, witnessing most leaders, I wasn’t interested in following either.

In this segment, we’ll discuss business and management consultants and my thoughts around internal versus external consultants. I’ll begin with the external variety.

Before I get too deep, I’d like to establish that when I lay out the benefits and detriments of internal and external consultants, I am presuming them to be competent in both cases. It should be obvious that in any case no one will prefer an incompetent advisor, so that would be detrimental to either scenario. This said, I have been involved in situations where external consultancies have staffed projects with entry-level resources with mixed competencies. In this model, inexperienced consultants are teamed with experienced leaders who are supposed to help them get up to speed and assess their fitness for future engagements. The problem is, that it’s on the client’s dime. And to be fair, I’ve seen clients be given discount rates for agreeing to this arrangement, but this is not the most common situation. More likely, the project will take on these resources at a discount in order to entice participation, but this is not necessarily passed on to the client. Learning curve aside, the goal of this implementation is to pad margins. But this is not the thrust of the topic, so let’s continue.

Allow me to clarify, when I mention consultancy, I am referring to a specific flavour. My focus is on roles that focus on strategy or innovation and the situation where an organisation is considering hiring someone who has been an external consultant, bringing them on-board to become an internal version. This doesn’t necessarily apply to internal audit functions, accounting, supply chain, and other such operational consultant positions. The consultations I speak of are transformative. Even transcendent.

Perhaps the biggest benefit for external consultants is their exposure to multiple clients. A cross-pollination happens. In my experience as a strategy consultant, a typical engagement may run from 8 to 16 weeks—10 or 12 weeks being very common. This means that in a given year I was exposed to at least 3 and perhaps 6 different situations in that year. That’s a lot of scenarios to synthesise and internalise. Plus, I had access to many other resources with similar diversity. Whilst an internal consultant might have as many opportunities, the diversity of perspective is not likely to be as varied.

The external consultant has a different political dynamic as well. S/he is sheltered from some of the internal office politics, and can even transcend some of the constructed siloes. S/he’s also got a set of fresh eyes and a new perspective.

On the downside, even if external consultants have built internal client relationships, they are still outsiders. They generally can’t just knock on someone’s door and stop for a chat. Typically, they need to schedule an appointment, so time is lost. And that’s if the appointment is even accepted.

Indulge me with some time for a client story. As an outside consultant, a client contracted my firm for a digital transformation strategy. The backstory leading up to the engagement provides context.

The client was a large publicly-traded company, who were reacting to advice after an earnings call. On this call, Wall Street analysts told the CEO and CFO that they had better figure out how to get their digital house in order or their stock would be downgraded from a hold to a sell. It was the 20-teens, not the 1970s. They needed to step up their game.

On the up-side, the message was received loud and clear. To their credit, the CFO quickly allocated $70MM USD to fund a digital transformation effort. They realised they didn’t have the talent to do this internally, so they called us. My good workmate and colleague took this project with me. Hi, Dave.

The rest was all downside. Unfortunately, leadership made the same mistake most failed transformations make. They gave the budget and control to the CIO. That, in and of itself, doesn’t make failure inevitable, but when the CIO is more of a technologist than a business person, it’s most often another nail in the coffin. And this company’s operations and culture were definitely 1970s. In fact, during an interview I had with the corporate communications director, it was self-described as the M Night Shyamalan movie, The Village. To spare you from having to watch it, let’s just say that the setup was a 17th century village situated in but cut off from the 21st century world. Those were her words, not mine. At least I only had them pegged to the 1970s .

We had been asked to prioritise about 200 entries in a couple of spreadsheets, and to help them to manage this process going forward. As we learned, these spreadsheets were the result of a few disparate requirements-gathering workshops. The two spreadsheets had not yet been reconciled. They didn’t have the same structure, so this wouldn’t be simple. And very few entries had attendant cost or benefit values. Many entries were vague and needed to be contexualised.

In attempting to reconcile the spreadsheets—even upon a cursory scan—, it was apparent that most of these entries had nothing to do with digital transformation. As it turned out, only 4 of the over 100 entries would have been considered to have anything to do with digital transformation. It was apparent that most of the remainder of these entries were pet projects that hadn’t yet received funding. So, when word on the street got out that there was a $70MM pool of cash available, everyone wanted a cut. It’s what you might expect to happen if you ever win the $500MM mega-millions jackpot, and every other long distant relative, lost acquaintance, and yahoo comes out of the woodwork.

Without getting too deep into the details, I dimensionalised the spreadsheet into categories of customer value, business value, and cost/effort. I assigned weights to each dimension, and I took a first pass at providing my estimation. Then, we requested that they have each submission validated, updated, and scored by the submitter. We also asked for tee-shirt sized cost and benefit inputs. Separately, there was a bit-flag indicating whether the effort qualified as a transformation effort. As I’ve already mentioned, we only considered 4 qualified as being transformative. And this would not cost $70MM. We did share with them our findings. But without being able to engage the business or the customers, we didn’t have much more to progress further. We suggested that perhaps we could extend the engagement with a capabilities assessment, but we had already worn out our welcome. And they lived happily ever after.

The lesson we learned from this engagement in a heavily siloed organisation is that if one silo controls the purse, don’t expect them to share. Finders keepers. Even if it was to the detriment of the organisation as a whole. Remember: opportunity cost is a detriment.

The question then becomes: how might that play out with an internal consultant? What would be different?

First, an internal consultant might have been blocked from communicating with the business, but s/he could still leverage their people-network and have casual chats with potential stakeholders. S/he could make a case to the people over the director who was blocking progress. S/he could have engaged in an education campaign to make the case for why IT is not the domain to control modern business transformation funds.

To be fair, in a mature client account we might have had account people with these relationships, and we could work these connections to ensure we maximised the benefits for the client and the organisation as a whole rather than to have fallen victim to a bad incentivisation scheme. Or not.

Let’s continue with internal consultants. They still have the issue of trust. But they have a leg up, because they may not be an us from the perspective of silos, but at least they are an us when it comes to the organisation. An internal consultant is neither. S/he’s always ostensibly a them.

An internal consultant might be at a disadvantage if s/he gets acculturated into a risk-averse organisation or a culture of no. S/he may limit their vantage for fear of having yet another recommendation shot down because it needed to bridge two or more siloes—and the organisation preferred walls to bridges. As much as I’d love to talk about this cultural issue now, I’m going to save it for another segment.

So, how do I summarise the internal versus external consultant challenge?

If you need diverse perspectives, you are better off with outsiders. Or, since this doesn’t need to be an all or nothing proposition, at least be sure to include some external knowledge and perspective for your internal team.

A parting story. I had a client in the mega-construction industry. About the only industry less mature than construction, was farming and agriculture. Obviously, what this company needed was perspective outside of its industry. Clearly, the insiders were incapable of doing this on their own. You may have some very competent, intelligent people working with you, but that’s not enough to gain an outside-in perspective. But that’s what’s needed.

Another analogy I like to use is that of a couple, who are in love. We all know that love is blind. We may have all seen this to one extent or another. You’re friends with a couple. The relation ship is a dead end. It’s going nowhere fast. You and all of their other friends can read the writing on the wall. But the couple, the company, the industry, just can’t see it.

If you are ‘the couple‘, no matter how sincere you are and how hard you try to be objective, you just aren’t going to be able to see it on your own. And the insiders are only going to accept the perspective of the outsiders when they are ready for it. Or, perhaps they realise they have a problem. They just don’t know how to fix it. As the saying goes: The first step is to admit there’s a problem.

One last comment. Is your internal consultant able to tell you that your baby is ugly? All too often, that’s what’s needed. Inside an organisation, we’ve got an investment in the status quo. This is what’s known as an endowment effect. This is also a basis for the sunk cost fallacy, where a person can’t let go of the fact that a purchase made in the past shouldn’t influence a future decision. In psychology and behavioural economics, the endowment effect (also known as divestiture aversion) is the finding that people are more likely to retain an object, or a belief, they own than acquire that same object when they do not own it. Thank you Wikipedia. We made this baby. Our child is perfect. Maybe she just needs a little tweaking. Sound familiar?