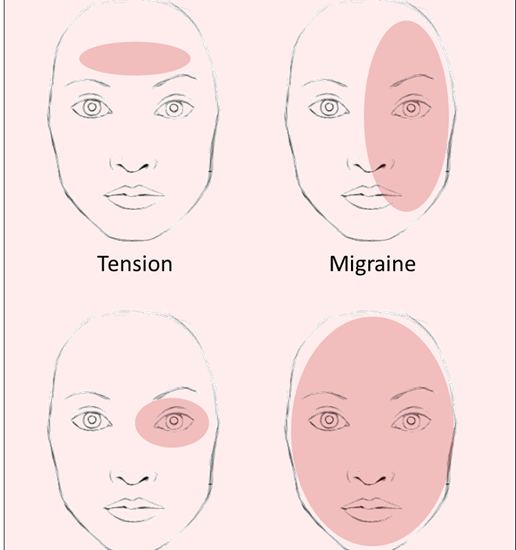 In my zoo of pet peeves, poor user experience and its first cousin, human interface design, are among the biggest. What makes it worse, every time I view another poor experience, it’s like ripping off the scab to re-expose the festering wound. Worse still, is how often this happens. An article on the UX of tables got me thinking.

I’ve already ranted at length how poorly designed is Epic, the market leader in healthcare data management. In my estimation, the only way to create a worse design than Epic would be to have a bad-interface and user design contest similar to bad fiction writing contests. If bad interface design had web awards, Epic would win the Razzie, hands down. It might qualify for the Golden Turkey award, if it had been a film. Were I a design instructor, Epic would be the poster child for poor design. There are only two things epic about Epic, the name and the epic failure it is to end users, leading to countless hours of frustration and productivity losses. Having shared my perspective on Epic, I turn my attention to HireRight.

I shared my thoughts about HireRight in a recent segment. Then I received feedback from some end users. First, some background.

HireRight appears to be a holding company of local and regional background check companies held in a sort of confederated model. They have three key user types.

Full Disclosure: The public-facing website is not particularly complex or interactive. A quick perusal of the HireRight Website suggests that actual designers were involved in its design, but they were either not consulted or their suggestions were ignored for the design of the internal product. I have not seen the employer’s view, but given how bad the other two experiences are, I have no reason to assume its any better. Since I haven’t seen it firsthand, I’ll continue with employee candidates needing to be qualified.

As noted previously, my first complaint isn’t even about the user interface. It’s about the HireRight system either not remembering me or at least not acknowledging my prior interactions. From recollection, I have interacted with HireRight on at least 5 occasions. I’d ask them how many, but I’m sure they wouldn’t know offhand.

I should have documented and screen-captured the initial process of having to identify myself by providing public information, including information already provided to the employer, including employment and education history. Once I did this, I was messaged that this process would take somewhere between 2 days and 5 epochs. I don’t recall the specifics beyond there being a wide expanse of time between the dates.

Pro Tip: There is an art to under-promising and over-delivering. The point is to make the under-promise somewhat believable and relevant. The honesty in admitting I may need to wait a couple of Ice Ages until they responded was refreshing, but they managed to turn everything around in about a week. The over-delivery versus the expectation was out of whack.

I was verified, but the concatenated summary reports I received looked to be sent from a half dozen places that had no awareness of each other, like some sort of psychology or behavioural experiment. Either that, or they are A|B testing a bunch of randomly formatted reports and will be soliciting feedback presently. In any case, the appearance was less than professional, and more like that of a D student on the cusp of failure.

I won’t even get into the information quality, as the bad source records are beyond their initial control, but a little due diligence would have been appreciated.

As an example of the extraneous effort due to working on a bad record, they had two addresses in states I have never lived in, yet there were requests for criminal records to those locations. This not only wastes the time of the requestor, but of the local (and otherwise uncompensated) public employee performing the records search. This leads me to the next category — the unpaid reference.

Apart from these public employees, who probably have better things to do than homework for HireRight, and other such agencies, there are the references. I provided a couple of reference options. Since HireRight had no master record of me, it reached out to the same people twice. In fact, HireRight sent me a note when they didn’t receive a redundant response from one of my references. As he and I are good friends, I reached out to him and told him that he was holding up their process, to which he responded that he had already replied at length. He was taken aback when I informed him that this verification (by the same company) was necessary for a different employer. It was then that he informed me how onerous their process was.

Their verification format sucks. Html attachment that is all misformatted. Wants me to print/scan/email. Never heard of PDF I guess.

Obviously, this should have been a form and not an emailed attachment. Then they expected that he have a printer to hand-fill a response, scan to image or PDF, and return by email. I’d like to write this off as applying the principle of least effort, but it creates work. Perhaps I am missing the point that some companies are ‘job creators.’ I’ve heard it said that private companies outperform public companies. Here is proof that this is at least not always the case. Trust me, this feel-good broad-brushing about private company efficiency is a specious proposition from the start. Perhaps that’s a topic for another segment and better suited for another site.

Interfaces not being designed for customers are the worst offenders. About 10 years ago when I was heavily involved in B2B applications, clients would baulk at any mention of spending dollars on design. And I’m not talking about bells and whistles, fancy graphics, and whatnot. I’m talking about basic design sensibility. Something more than we need this stuff on a page or some pages.

As much as that sentiment turned my stomach, it was worse when these interfaces were foisted on other parties. As if it’s not bad enough to torture your employees, they had to traumatise partners and vendors. At least these people could find different partners or buyers. The last straw is to burden uncompensated users. At least the referrer could just ignore the response, as I might, but the candidate is a literal hostage to the poorly conceived design and process. A perfect storm. Bad UI meets bad UX. Pure unadulterated evil. Don’t do it.