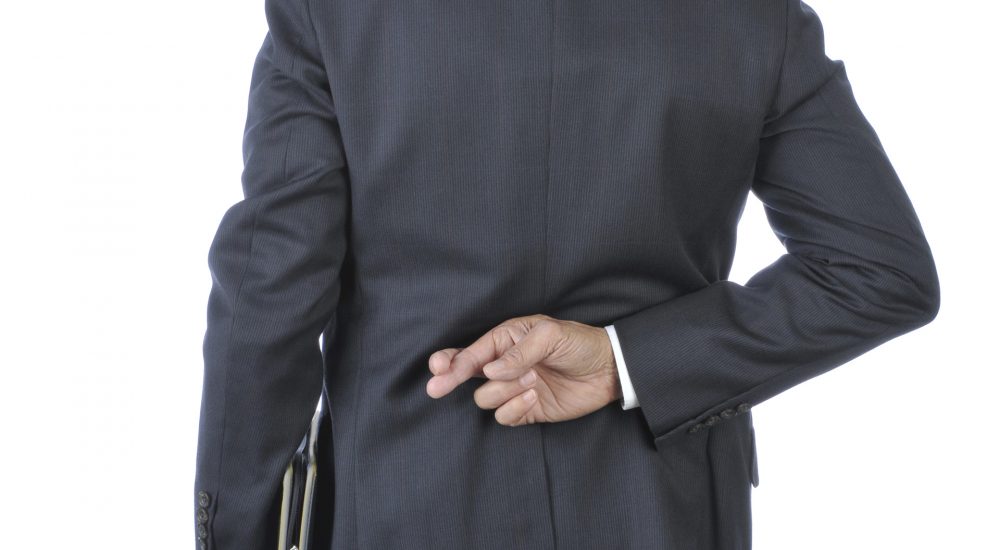 A few years back— and without divulging the name—, I was consulting a manufacturing client. This company had retail and commercial operations. The retail arm was by far the largest contributor to revenue, but they wouldn’t have wanted to see their commercial revenue dry up.

I was in contact with someone on the commercial side. The ask was to create a campaign and process where they would place advertising in the places of their commercial customers and direct retail buyers who happened to be in these commercial establishments to purchase their products. So far, so good.

But here’s the rub. The commercial side wanted to receive and fulfil these orders and take credit for the revenue. In and of itself, this is starting to feel shady, so I probed.

“Don’t you already have retail operations? Why don’t you leverage that? Send traffic there?”

“Because I want to capture the revenue stream.”

“Can’t you just take a cut, like an affiliate programme? Get a finder’s fee?”

“I couldn’t do that without dealing with Corporate, and that would easily take over a year to implement. I want it faster.”

“OK. We’ll need to get IT involved, so we can store the transaction data somewhere.”

“No, we can’t involve anyone. They just slow things down. That’s why we hire you people, to get things like this done.”

Full Disclosure: The company I was contracting with had a long-standing relationship with this company, but I had never worked with them before this.

“So, we need to set up a stand-alone website attached to a database or at least have an order form and something to forward the order information.”

“Yes, and someone on my end can re-key the information. We’ll place the order for them, and they’ll get their product in six to eight weeks.”

“Wait, what? Why six to eight weeks? Can’t they just walk into a retail outlet and bring one home the same day?”

“Yes, but not this particular type. Not all places have all our models.”

“OK, can’t you stockpile some and draw from inventory?”

“That’s what they do in retail. We don’t have the budget for that. In Commercial, nothing is ordered until we have a PO number.”

“Can’t you just send the order to retail? I guess we already said no because you have no mechanism in place for revenue sharing. Can you anticipate what someone might be more apt to order and at least pre-order those?”

“No budget, and no place to store them.”

I backchannelled my concerns to the account manager for this client noting the ethical dilemma. My biggest concern is that they were planning to cannibalise their retail arm with shadow operations to snipe a few sales and with few benefits to the customer. I was told that’s why we were hired because we got things like this done. So, the two of us got on a call with the client.

I voiced my concerns of bypassing an extant process and running a shadow operation that added to overall costs to the company and yielded dubious results. And I gave him a swag estimate.

I was summarily removed from the project. I don’t know if it was handed off to someone else to execute or if it died right there on the vine.

There are several lessons to be learned, but first some disclaimers:

On to the lessons:

In order to obfuscate the company in question, I left out a lot of details that might have made this story easier to follow and fill in some obvious gaps. I didn’t feel like fabricating a faux scenario in some other industry was worth the time for this purpose. This said, I hope it makes enough sense and you got through it.

What do you think about this situation? Have you been in situations with questionable ethics before? I’d like to know.