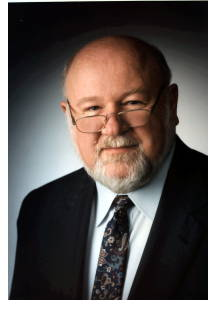 More than 95% of your organization’s problems derive from your systems/processes and methods, not from your individual workers. Improving systems takes a concerted, well-planned, usually cross-functional effort led from the top of the organization. Without conscious attention to systems, you will focus on people.
Your people are doing their best, but their best efforts cannot compensate for your inadequate and dysfunctional system.

This knowledge has been circulating for decades and is still largely unheeded. There’s a quote (out of context) by Peter Drucker that says that culture eats strategy for breakfast. Even though it’s a misquote, there is still some truth to it. The relevance is that there is a cultural acceptance for sub-par systems and processes. It a sort of apathetic resignation that the leviathan is too big, the behemoth is too daunting. Perish ye all hope. Excuses run from ‘That’s how it’s always been’ to ‘no one listens’ to ‘the effort to change it is too great’. Instead, they blame the people, the employees who are victimised by the system for not being able to work efficiently within the system.

Like Rube Goldberg, it’s unlikely there was any malicious intent behind the poor systems. It probably developed and grew organically without proper architectural guidance until it got to where it is today. Along the way, attempts to patch the sinking Titanic with plasters were made, but it was too little for the task—just enough for the culture to say, “See, it’s unfixable.” Not even MacGyver could remedy this.

Never ascribe to malice that which is adequately explained by ignorance.

Hanlon’s Razor (with softer language for the easily triggered)

Ignorance explains a lot of what is wrong in the world. Of course, the people who have commited years of their lives trying to master the beast become part of the resistance, exhibiting a sort of escalating commitment. If they could figure out how to pat their heads and rub their tummies, then so can the next guy. It’s just the way it is. And so it goes…

In any case, I have neither another answer or a magic wand. What do the workaday employees do to signal the amount of wasted time and effort go into navigating and operating in such an environment?

Bad systems are cancers. They eat away at the corpus or the corporation from the inside out. There may be periods of remission, but in the end, it needs to be excised by experts—or else.

As I wrap up here, I am reminded of this adage:

A bad system will beat a good person every time.